Can't believe I'm only seeing this now. It's great. Basically a play. There couldn't have been more than 15 shots. Ending had me in tears. Shouts out
tmdb47633491
Rope was the first Alfred Hitchcock/James Stewart collaboration. They would go on to do "Rear Window", "The Man Who Knew Too Much", and finally, "Vertigo". This being the first, and also a kind of experimental film on Hitchcock's part, it is the weakest of the four. Shot as a play, mainly in one room, and with only a handful of cast members, the concept of how it was done is intriguing even today. Done in roughly a dozen takes, the only times that the camera ever cuts are when it closes in on someone's back and then angles around to the other side. That's the tell-tale sign of the only cuts in the entire film. John Dall's acting is commendable, in the part of the more ruthless killer, Brandon Shaw. He's a very cool character, and feels no guilt over the brutal murder he's just committed. James Stewart, great as he is, seemed a bit out of his element, as intellectual publisher Rupert Cadell. Stewart is always immensely enjoyable, and I have massive respect for his talent. However, he does appear somewhat uncomfortable with his part throughout the film. Another aspect that detracts from the tension is the opening scene of the murder taking place. After David Kentley is dead, he is placed in the wooden chest and the audience knows he's dead from scene 1. Had Hitchcock omitted the scene of the murder, the audience would no doubt be wondering "Is there really a body in that chest? Did they really do it? What's going on here?" And the red herrings in the film would only add to the suspense. As it is, we know from the start who's dead and who-done-it. That said, it's a decent movie, and certainly still worth the watch.
barrymost 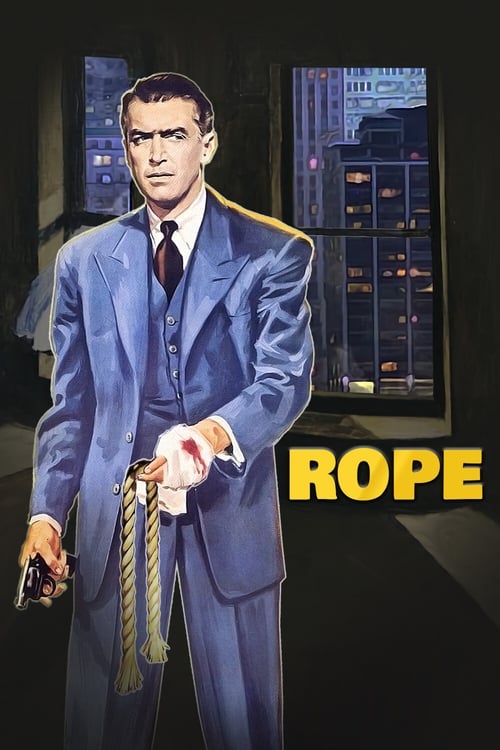