Fantastic Beasts: The Secrets of Dumbledore (2022)

Fantastic Beasts: The Secrets of Dumbledore (2022)

FULL SPOILER-FREE REVIEW @ https://www.msbreviews.com/movie-reviews/fantastic-beasts-secrets-dumbledore-spoiler-free-review "Fantastic Beasts: The Secrets of Dumbledore is a significant improvement over its predecessors, proving that Steve Kloves really can work miracles - J. K. Rowling still has a lot to learn. By completely shifting the main focus of the franchise to the love relationship between Albus Dumbledore and Gellert Grindelwald, as well as the exploration of the former's imperfections and the tragic, complex past of his family, it gains an emotionally powerful, genuinely fascinating narrative component. Jude Law and Mads Mikkelsen's superb performances broadly contribute to this. Too bad the first half suffers from the constant tweaks to the saga, taking once-important characters through irrelevant side adventures and repairing plot points established in earlier installments, seriously undermining the previous films and negatively affecting the pacing of this one. The boat is no longer sinking, but the damage might be too much to continue sailing..." Rating: B
MSB
It feels like The Secrets of Dumbledore spends more time allowing characters to blather on and adamantly stare out windows over actually delivering worthwhile wizard action, which is essentially what people want to see in films like this. Full review: https://boundingintocomics.com/2022/04/18/fantastic-beasts-the-secrets-of-dumbledore-review-a-broken-franchise-filled-with-disjointed-magic/
Chris Sawin
Meh again. 'Fantastic Beasts: The Secrets of Dumbledore' isn't any worse than the two films it follows, which is a minor positive at least. I'd actually put it above 1 but just below 2, though I'm splitting hairs really. I just feel all three are simply missing that little something extra, yet I'm not sure exactly what. I also feel the same about the cast as I do for the preceding instalments, with the likes of Eddie Redmayne and Jude Law not doing much for me; though Law is at his best in the role here. I will say, however, that I did mildly enjoy Jessica Williams' performance. The pacing is a tad iffy, if nothing super slow. The ending does feel delayed, I would've personally cut a decent chunk of it to be honest. The dialogue and humour is average, but one scene involving Pickett and Teddy did make me laugh in fairness. All in all, I'm undoubtedly underwhelmed by these spin-offs/prequels to the great 'Harry Potter' franchise.
r96sk
We just want Story. It felt like the entire movie was filler plot with no substance. Perhaps JK wanted it to be a trilogy and WB wanted more so they filled in a bunch of nothingness like the Hobbit trilogy or the Mandalorian.
citizen226 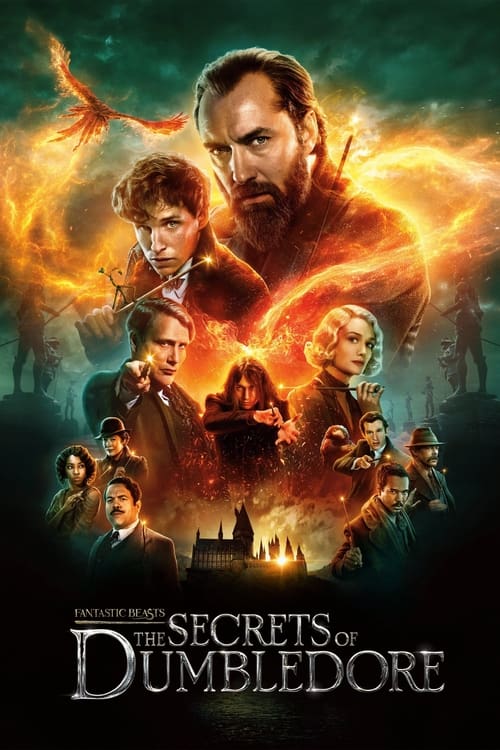