FULL SPOILER-FREE REVIEW @ https://www.msbreviews.com/movie-reviews/morbius-spoiler-free-review "Morbius is yet another disaster from the Sony-Marvel shared universe. Despite good performances from Jared Leto and Matt Smith and even a couple of visually captivating action sequences, the formulaic screenplay that seems to originate from the beginning of the century ruins everything in its path. From the predictability and zero creativity of the main plot to the heavy reliance on uninteresting, unnecessary exposition, Daniel Espinosa finds his most significant problem in the blatant lack of care in the treatment of the characters. The narrative logical lapses are too many to ignore and even amplified by extremely messy editing, a third act wrapped in an unfathomable blend of CGI, and a plagiarized score. One of the most embarrassing productions by a major studio in recent years." Rating: D
MSB
I can't go lower than 3 stars because ever since "Alexander" (2004) I've had a tiny crush on Jared Leto, and some of the trails for this made him look swarthy and hot too. To be fair, also, he is not afraid of spending a great deal of time in the make up chair, as we saw in "House of Gucci" (2021) and frequently see here. Sadly, though, after my appreciation of Jared's eye candiness wore off, what I was left with was Luke Evans' "Dracula Untold" (2014) just without Charles Dance, and a hint of "Dr Jekyll and Mr. Hyde" (from 1931). The imagery is fine, the film looks super - but so what. Marvel/Columbia should be doing that anyway. It's the story. It's so thin. Matt Smith is lightweight at the best of times, and together with Adria Arjona's really unremarkable contribution as Leto's sidekick "Dr.Bancroft" and some sparing interventions from the other Jared in this film (Harris) this all just lollops along as if it were just the money-no-object pilot episode of a drama series that will struggle to get a commission. I love the genre, but the words barrel, bottom and scraped came to mind pretty early on. Sadly the handsome Mr. Leto reminds me of Eric Bana - very easy on the eye but not good enough to carry a film.
CinemaSerf
**Not a disaster as others seem to imply but definitely disappointing for a movie of such high budget.** Morbius is a kind of a vampire Batman-Frankenstein mix. In the search of the cure for a rare and highly-debilitating blood decease, Morbius (a genius doctor) find a cure that has a terrible cost. His sickness is pretty much gone and he attains super powers, but also feel an insatiable lust for blood that can't be fully satiated by artificial blood. The movie revolves around Morbius trying to remedy the consequences of the evil he unleashed to the world. While the cinematography is pretty decent, the plot really sucks. In the end of the movie, there are too many open questions (and inconsistencies) in the plot. The movie seems to end very abruptly without any decent climax, and many of the secondary characters that I expected would play an important role in the resolution of the conflicts, seem to have been completely forgotten. Sony/Marvel does need better writers for their movies...
Leno
Not even that bad, to be honest. I had heard murmurs of 'Morbius' being received poorly (as now I see via the average rating!) but didn't know to what degree, which is how I prefer it so I can form my own opinion - which is, I didn't dislike it. Admittedly I have nothing that I like either, but it's a forgettably fine film. In fact, I found it to be the quickest viewing experience of the year so far - the run time absolutely flew by for me. The cast are a bit up-and-down. Jared Leto has a few moments and overall I'm OK with him in the lead role, meanwhile Matt Smith is more miss than hit but again didn't annoy me or anything like that. Elsewhere, it was pleasant to see Jared Harris and Tyrese Gibson in smaller roles. The special effects, for the most part, are serviceable in my eyes. I think I also heard that people were questioning why the filmmakers didn't opt for prosthetics and went full blown CG for the faces - I found everything in that area to be fine, it would've been cooler if they mixed it up but if I hadn't heard anything about it I honestly would not have even noted it. There are some lame lines of dialogue, namely that hunger one, and the credit scenes don't leave any excitement or intrigue behind. Aside from that, I genuinely didn't dislike this. A quintessential 6/10 flick, for me. It is the weakest of the first three SSU films, granted.
r96sk
Nothing in this movie makes any sense. If he has to drink a bag of blood every 6 hours, why not just do so? The human populace of how many billion people can not sustain a single vampire? No, he makes and consumes artificial blood for ethical reasons. Who says he needs to kill or hurt people to get what he needs? Horrible premise for his actions, not believable at all. And the rest of the story is the same. Weird decision making, boring, pointless dialogue. The bad guy is suddenly bad lacking any morals because he was bullied once apparently. Vampire powers are a myriad of random things. One time he is able to fly and it is hard to determine why exactly, the movie suggests because a subway train is pushing the air in front of it. Not only is it nonsense, it also looks bad CGI wise. To end on a good note, Jared Leto is a great actor and I would love to finally see him in a good movie.
5rJoud 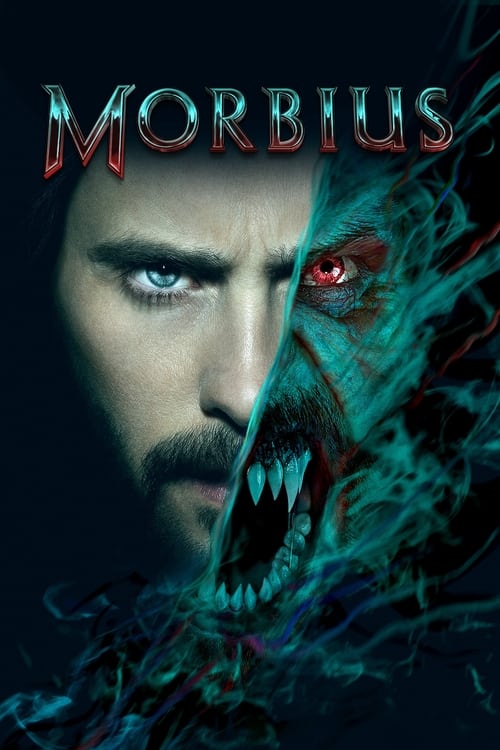