Salvador Gomez-Beare
by: Will Keen

Why, oh why, did they have to clutter this up with a romance? As a wartime adventure film, it's got all the ingredients for a cracker. As WWII starts to turn into a more offensive affair, the allies are looking for any means to divert the Nazis from their true intentions. To that end, "Montague" (Colin Firth) and "Colmondeley" (Matthew Macfadyen) concoct a cunning plan to plant fake documents on a corpse, wash it ashore in Spain and then let corruption and a nefarious network of spies do their worst! It's a remake of the exciting "Man Who Never Was" (1956) and to be fair, is quite a good one. Director John Madden manages to immerse us in the intricate, sometimes quite amusing, planning of this wacky scheme. Simon Russell Beale is entertainingly convincing as the stoic, borderline desperate, Churchill as is Jason Isaacs as the sceptical "Admiral Godfrey". Dame Penelope Wilton reminded me a bit of "Miss Baring" from ("I Was Monty's Double") from 1957 and the story gather pace nicely. Sadly, though, once their plan is activated the second, more dangerous, part of the plot is seriously rushed and undercooked. The enemy's attempts to verify what we think they have read is nowhere near developed well enough, and that's why the romance - between Firth and their clever and resourceful assistant "Jean" (Kelly MacDonald) drags it down. Sure, it's offers an humanity element depicting the impact of war on people. His (part Jewish) family have relocated to the USA for their safety and she is a war widow; but that storyline leads to intra-character conflict that shows up Macfadyen as not a particularly good actor. Still, I found the two hours flew by. The production looks great with only a sparing use of CGI, a fine score from Thomas Newman and it's underpinned by a good story. Could have been better, but still pretty good.
CinemaSerf
It's nothing that I overly enjoyed, though 'Operation Mincemeat' is a good flick. A suitably entertaining (true, if likely 'reimagined' and all that) tale is told within roughly 128 minutes, I do think that run time could've been shorter but I wouldn't go as far as to say it drags or anything - I just felt a few moments at the end where it could've been wrapped up quicker, that's all. Most things in this film are what you'd pretty much expect from a British production of this sort, including the cast which is full of many recognisable faces from across UK television and film. Colin Firth and Matthew Macfadyen are a pleasant pairing in the lead roles, while Kelly Macdonald leads the rest of the solid onscreen talent nicely. I also note the appearances of Johnny Flynn and Simon Russell Beale, who were both also in 2022's 'The Outfit' - a quality film, fwiw. I could've, personally, done without the love squabble throughout, I didn't feel like it was adding anything and it wasn't exactly unpredictable. I get why it's there, given what occurs in the plot, but I wouldn't have longed for it had it not been included. Most definitely worth a watch, all in all.
r96sk 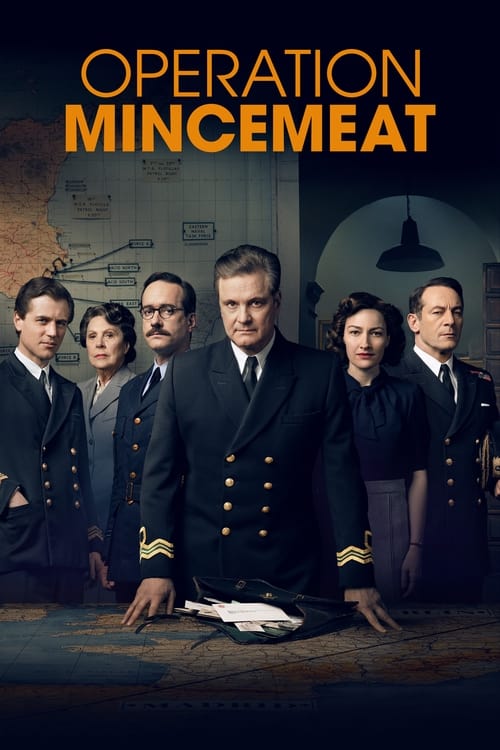